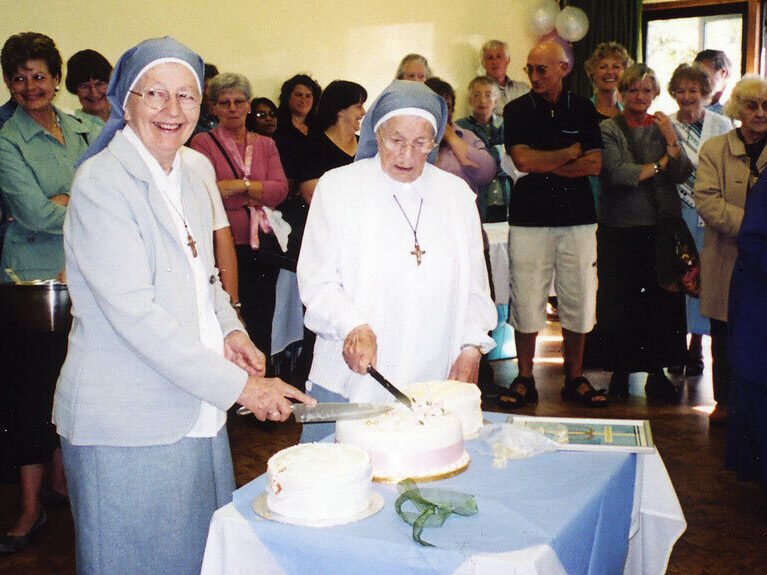 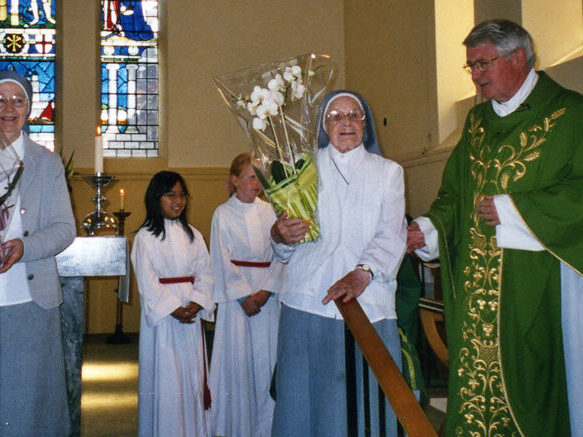 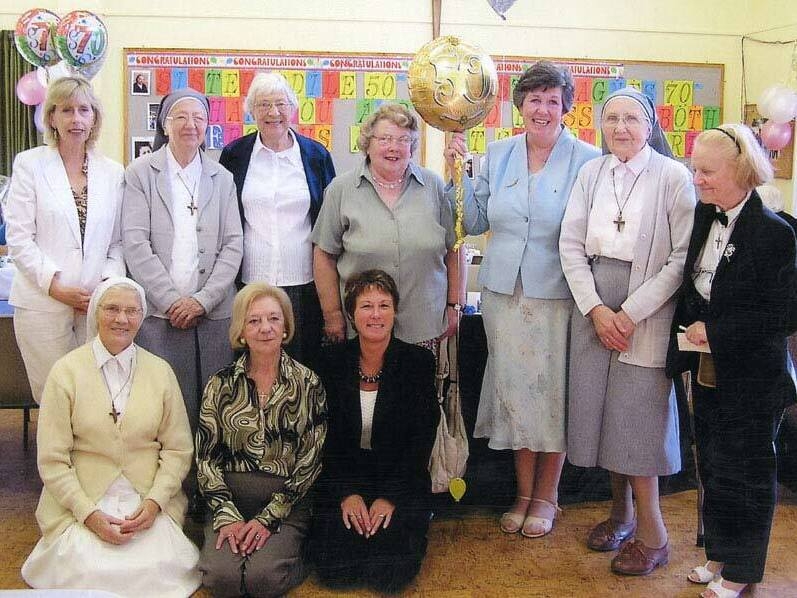 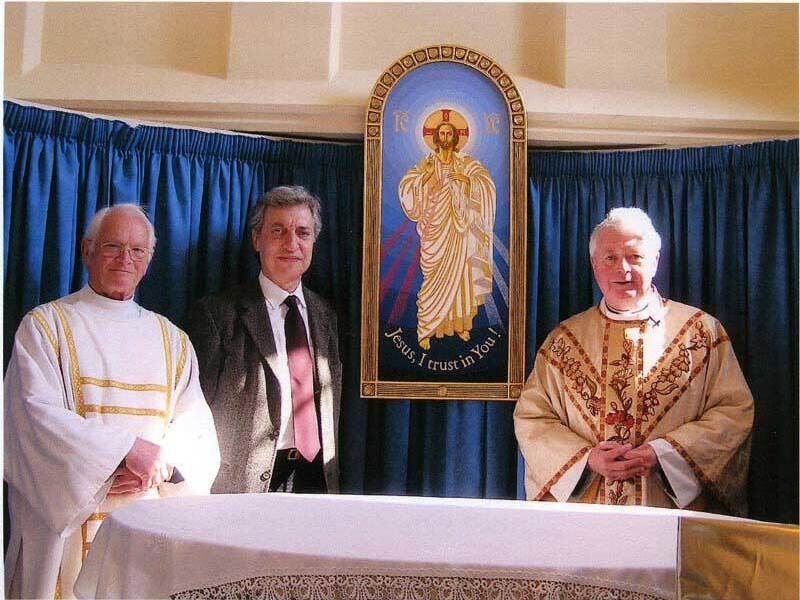 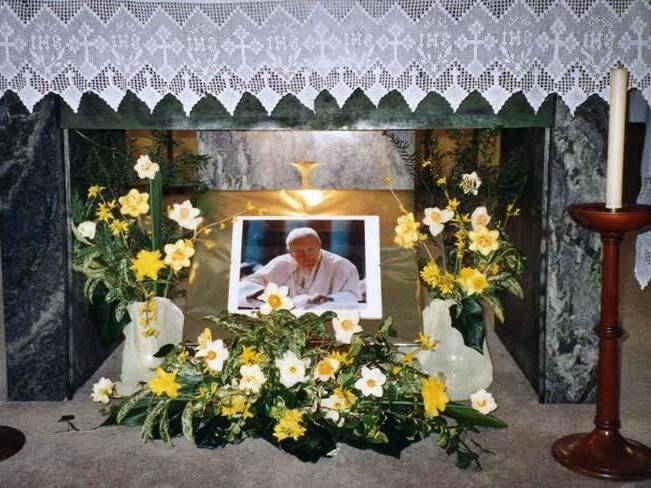 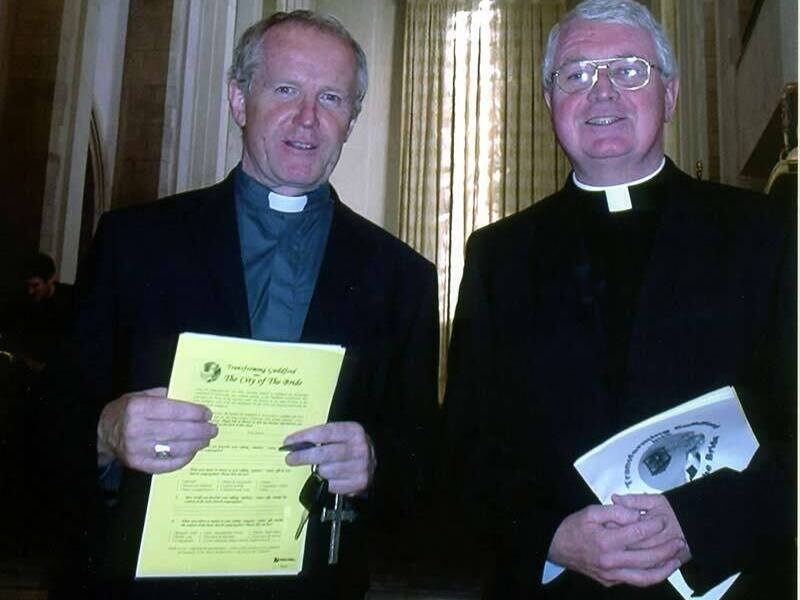 At the end of March, on Easter Thursday, Christopher McOustra led a group of pilgrims to Domremy in France, in honour of St Joan of Arc, where they were given a wonderful welcome. It was, by all accounts, a wonderful spiritual and gastronomic occasion. It was intended to focus on Saint Joan as a "teenage" saint. The group included several young people.

Pope John Paul II was rushed to hospital on February 2nd, and after two spells in hospital, it was clear that he could not go on for much longer. His health took a final turn for the worse on Thursday March 31st, and he died on Saturday evening April 2nd. The news of the death of the Holy Father was announced by Father Tony at the end of a concert arranged by Tom Hagger to raise money to send four of our teenage parishioners to the World Youth Day in Cologne, due to take place in August 2005. World Youth Day had been started by Pope John Paul, and the concert became a tribute from the young people to a much loved Pope.

On Sunday April 3rd, The Feast of Divine Mercy, Father Tony unveiled and blessed a new icon of the Risen Christ over the altar in the Lady Chapel. It was commissioned for our Church, and painted by a Romanian artist George Barais-Windsor, who assisted at the ceremony. It seemed very fitting that this icon of the "Divine Mercy" should be blessed on the morning after the death of Pope John Paul who had created the Feast just a few years earlier.

On Thursday April 7th the church was filled for a Requiem Mass for the Pope on the eve of his Funeral in Rome. There were clergy from other churches present, and the Baptist minister, The Rev Gary Woodall, paid a very moving tribute to the Holy Father at the end of the Mass.

On April 19th we learnt that Cardinal Joseph Ratzinger had been elected as the new Pope, and had chosen to be called Pope Benedict XVI. There was a special Mass to mark the occasion on the day of his inaugural Mass in Rome on Sunday April 23rd.

In May, Bishop Kieran appointed Father Tony as Episcopal Vicar for Mission and Unity for the Diocese. Father Tony led a Parish pilgrimage to Compostella and Fatima in this month. The group was in Fatima for the celebrations on May 13th to mark the anniversary of the first apparition of Our Lady at Fatima on May 13th 1917. During the Mass, attended by 30000 people, the Cardinal Patriarch of Lisbon announced that Pope Benedict XVI has given permission for the process for the canonisation of Pope John Paul II to begin. It was little more than a month since the death of Pope John Paul, and it was an unprecedented decision to allow the enquiries to begin so soon after his death.
During a visit to the home of the visionaries, the pilgrims met a niece of Sister Lucia. Lucia was the last of the visionaries to die. She had been a Carmelite nun in a convent near Fatima, and had died only in February 2005.

The annual pilgrimages to Walsingham and Aylesford took place during the summer. In July Margaret Slattery retired as Head Teacher at Annecy school. In August four young people attended the World Youth Day in Cologne, two of them, Geoffrey Hagger and Oliver Purchase, spoke about their experience at each Mass one weekend in October.

The young people of the Parish led the Liturgy on Youth Sunday, the Solemnity of Christ the King. They gave an inspiring and challenging presentation of the Gospel demand for justice and for care for the poor and the needy. They inspired heart-searching and discussion on the part of many people

2005 saw the Parish Hall re-decorated and the Kitchen re-designed. The Hall is in almost constant use by the various groups existing in the parish. This year the parish became a "Free Trade Parish".