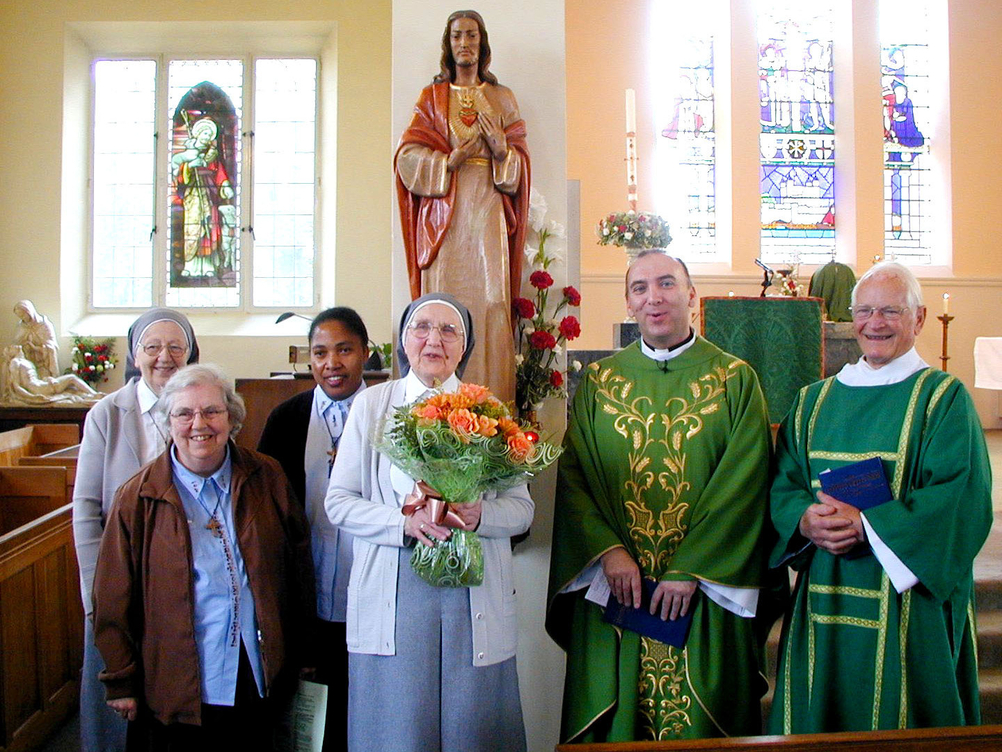 January: There was a Charity Dinner in the Church Hall and Churches Together in Seaford held a week of prayer for Christian Unity 2008. Monthly St Anthony's Fund lunches commenced.
After a short stay in the parish, Fr. Ian Vane left for the Holy Land to take up a four month course of studies.

February: We welcomed Fr. Paul Turner, Diocesan Vocations Director.
When it became necessary to close our SVP Conference it was agreed that the work carried out in the Parish would continue as part of the Pastoral Care Group. This activity is now being continued by the Parish Ozanam Group, named after Blessed Frederick Ozanam, whose work with the poor in Paris inspired the foundation of the SVP.
On Sun 24th Feb. there was an Ecumenical Service in St Thomas More for Fairtrade fortnight.

March: There was a Live Music Evening in the Church Hall in aid of Seahaven Lionesses.

April: We welcomed Fr David Russell and Fr Douglas Perkins who said Mass while Fr Niven was on holiday.
The Annual Parish Meeting was held in the hall and a St. George's Night party took place there this month.

May: Parish children made their First Holy Communion and Christian Aid Week was held this month.

June: Saw the start of The Year of St. Paul to celebrate the 2000th anniversary of his birth.
There was a Parish Social and a Parish Information Weekend.
The sad news broke on Monday 30th June that Fr Christopher Bedford, who had assisted for many years in our parish, had finally succumbed to his long battle with cancer aged just 61. Only four days later, on Friday 4 July at 1pm in the church of The Immaculate Conception at Peacehaven, hundreds gathered to bid him farewell.
Obituary for Fr Christopher Bedford

July: The annual Annecy School Fayre raised £2200.
We welcomed Sr. Daphne Norden from the Medical Missions this month and Fr Paul Turner, Diocesan Vocations Director, made a return visit.
There was a parish Fundraising Supper for the school in Bosangoa.
Four of our young parishioners, Fliss, Olly, Luke and Josh, travelled to Sydney, Australia for World Youth Day 2008 which took place from Tuesday 15th to Sunday 20th July. For their report and full details of the event, click here.
This month also saw the Arundel & Brighton Diocesan Pilgrimage to Lourdes.

August: Sadly Sister Agnes, who was a great part of our parish for many years, passed away.
Fr. Geoff de Putron visited the parish during August
Aaron Spinelli was ordained and celebrated his first Mass at Our Lady of Ransom Church, Eastbourne.

September: On Tues 9th Sept the Requiem Mass of Sr. Agnes R.I.P was celebrated and all parishioners and friends were invited to join the Sisters in the hall afterwards.
"We would ask all parishioners and friends to pray for Sr. Agnes. We have so many happy memories of this wonderful sister who made a Wednesday afternoon so enjoyable for so many people. As founder of the Happy Club, together with her blood sister Rose, she touched so many peoples hearts in so many ways. She will be missed by the many people who knew her. May she rest in peace." The Happy Club
In September, a French and bistro style candlelight evening was held in the hall.

October: World Mission month (Pope John Paul 11, 26 June 1980).
The annual pilgrimage to Walsingham took place and Sister Mary said farewell as she returned to Madagascar.
"I am going back to Madagascar again to run the health centre in Belamoty as before. This really pleases me. I had been asked to let the younger nuns take over, but they want me back for at least another year. I leave on Tuesday. Pray for this work and for me. With love to all." Sr. Mary.

November: There was a meeting to discuss the redesign of the Garden of Remembrance.
There was a good turnout at the annual Annecy School Christmas Fayre and £1800 was raised.

December: A Christingle Service, followed by a children's party, was held in the church.
The Ashdown Singers presented a Christmas Concert in aid of Lewes District Churches Homelink and £559.00 was taken for Homelink Rent Deposit Scheme.
At another event, £1080 was raised for Bosangoa.
It was lovely to hear the sound of the Church bells after the Church bell was repaired and once again rung before each Mass.